Skip to content
You are here:Homeentertainment You Can Watch Free Movie About The Love Rejection 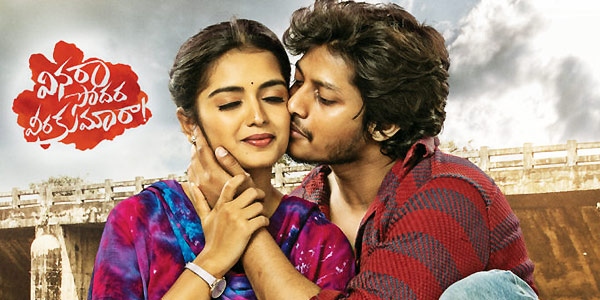 South Indian movies have also brought forward the plots related to jilted love, one-sided love or love and rejection. However, not every film can relay a message to the audience and the viewers. But there is one particular film with both the concept of love and rejection and leaves behind an important message for the young people, and it also tells into a social problem that youngsters are often facing these days. You can watch Telugu free movies online like VinaraSodaraVeera Kumara if you are looking for a movie about love and rejection.

The film VinaraSodaraVeera Kumara was released on March 22, 2019, and Sateesh Chandra Nadella directed it. The film producer was LakshmanKyadari, Shravan Bharadwaj has provided romantic music, and Marthand K. Venkatesh has covered the film’s editing. The leading actors in the film are Shrinivas, who played the role of Ramana and Priyanka Jain, who played the role of Sulochana. They have both given exceptional performances because they were deeply involved with the character. One good thing about this movie is the chemistry between the leading actors.

You can watch movies like VinaraSodaraVeera Kumara as it is about life after a breakup. The story starts with Ramana, who displays very aggressive behaviour towards the people in his native village. People start complaining about him to his parents, and his family decides to migrate to a different place so that their son could live a more peaceful life. Upon coming to the new place, which is located near the seaside, Ramana starts working as an auto-rickshaw driver. He earns decently and starts making new friends without provoking anyone or creating conflicts with anyone.

He also makes a very strange friend who knocks at a particular door in a room to say yes or no. However, one day he gives a ride to Sulochana, a beautiful girl, on his auto-rickshaw and instantly falls in love with her. Sulochana is a well-read girl who is very good at studies, and she is quite devoted to her family. She also falls in love with Ramana and starts an intense love story with Ramana.

However, this love story between a lower-class auto-rickshaw driver and Sulochana from a wealthy family does not sit well with Sulochana’s family. There is almost a battle between Ramana and her family as Sulochana’s father tries to subdue this youth. Unable to do so, they coax Sulochana into deciding her future with someone who would be able to provide for her better. Being devoted to her parents, Sulochana decides to break off with Ramana. This shatters Ramana, and he tries to commit suicide; however, fate has different plans for him, and he gets to come over his madness over a breakup.